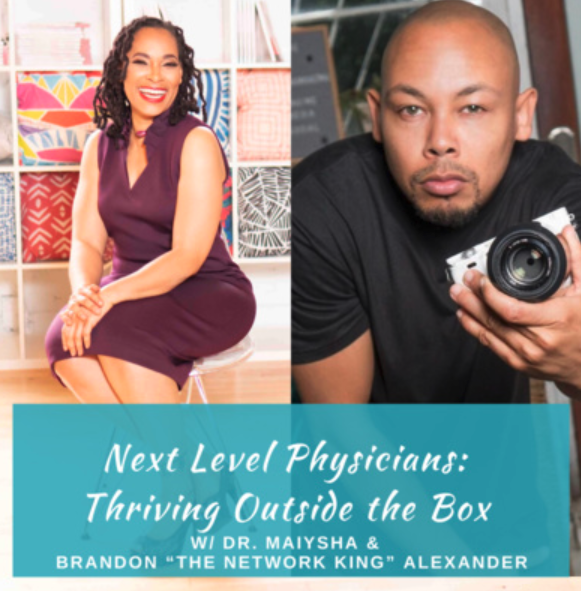 This week next level entrepreneur, and son of a physician, Mr. Brandon "the Network King" Alexander and I chatted about the Art of Networking this episode.

Highlights from the conversation:

-Networking is all about having a conversation

-Sometimes as introverts, we steer away from networking b/c it feels overwhelming or like it will be draining, but with specific intention, you can avoid that feeling

-Many times we are so in our heads about saying the wrong thing, we forget that everyone else is likely feeling the same way.

-Taking action is the only way to overcome the inertia

-Focus on commonalities in the beginning to get related

-Get to the point, and invite them to connect outside the event.

Catch up with Brandon Alexander by visiting him at http://linktr.ee/TheNetworkKing

See you on the next one!

How to Handle Feedback as a Physician
Podcast: Healing & The Journey of Entrepreneurship...